Could Classical Music survive without Snobbery? 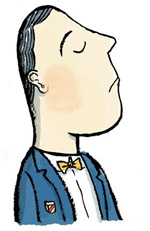 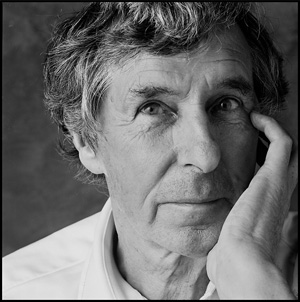 The BBC Symphony Orchestra has been brave, and possibly even visionary, in programming a cycle of Tippett Symphonies under Andrew Davis. These are works that get occasional outings, and none can be considered unduly neglected, but the general attitude to them is usually one of grudging respect. But both orchestra and conductor brought enthusiasm and insight to Tippett’s music this evening, and showed just why he deserves an honoured place in the repertoire.
The Tippett Four was coupled with a new work from Jonathan Lloyd and the Brahms First Concerto played by Stephen Hough. Lloyd’s old racket was commissioned under the Royal Philharmonic Society Elgar Bursary scheme. The history of this scheme is fascinating: it uses the royalties that the Elgar family has accrued from Anthony Payne’s completion of the Third Symphony to commission works written in a style of which Elgar may have approved. In this day and age, that’s not necessarily a virtue, but, as Anthony Payne himself has demonstrated, stylistic studies in the spirit of Elgar can produce worthwhile results.
Even so, Lloyd’s old racket is a frustratingly unambitious work. It is quite an achievement to set a string orchestra against a string quartet that is tuned a quartertone sharp and produce results that still sound like Elgar. The piece has a promising opening, the string quartet playing alone and offering a zesty scordatura tone with their raised pitch. But the rest of the work is based on a four note motif that quickly loses any interest or appeal, especially as it appears in every single bar. Lloyd injects a quirky humour into the score, and continually frustrates any sense of tonal centre through quartertone portamento slides at the ends of phrases. Basing a 15 minute piece on a single four note motif would stretch the imagination of any composer, and Lloyd’s invention fails to justify the premise. On the other hand, he does fulfil the curious and anachronistic terms of the commission, which requires a rare talent.
Stephen Hough is undoubtedly one of the finest pianists of our age, but sadly he wasn’t on form this evening. His Brahms First was full of wrong notes, ragged passage work and misfiring interjections. Some of the most crucial passages were fluffed, including the launch into the finale, which was a real shame. Even more frustratingly, his genius at the keyboard did occasionally shine through. The way that he can lead the ear down into the mists in the piano’s lower register, for example, or the way he can turn the mood around in a split second, introducing a new idea as if he’d thought of it on the spot. Hough’s muscularity was also very much in evidence, as in the eruption from the piano that concludes the first movement coda, which was a real treat in this performance. Despite the fact that his fingers clearly weren’t doing what he wanted of them, Hough was still prepared to take risks. Nothing here was workaday, nor was anything ever predictable. But technically the performance just didn’t add up. No doubt he’ll be back to his brilliant self when he returns to perform the Brahms Second Concerto next month.
There were no such concerns with the Tippett, which was given a legendary performance by Davis and the BBC forces. Davis is really in his element with this music. He has an innate feeling for its sensibility, a small part of it English pastoral, a much larger part anarchic. The orchestra performed throughout with clarity and passion. The piece is a real workout for them, with the spotlight pointed on every section at one stage or another. The strings coped well with the fast, scurrying music in the earlier sections, the woodwinds were suitably brash and austere later on. Each of the virtuosic turns from the brass soloists was well handled, and the tuned percussion were able to integrate their flourishes and extended runs into the orchestral texture without ever sounding like mere decoration. Rather than use a recorded voice for the breathing, a live “breather” was employed, and to excellent effect. He was able to bring a surprisingly musical sensibility to the part, which calls for a range of dynamics, and also benefits from the changes in timbre a live breather can bring. It’s not an underperformed work, the Fourth Symphony, but it is all too rare that it is presented in a performance of this quality. The respect in which Tippett is held in this country, and beyond, could well be transformed into a real passion for his music if it was always performed to this high standard.

This performance was broadcast live and is available to hear online until 19th April at: http://www.bbc.co.uk/programmes/b01rrck3
Posted by Gavin Dixon at 02:21 No comments:
Email ThisBlogThis!Share to TwitterShare to FacebookShare to Pinterest
Labels: Andrew Davis, BBC SO, Brahms, Jonathan Lloyd, Stephen Hough, Tippett 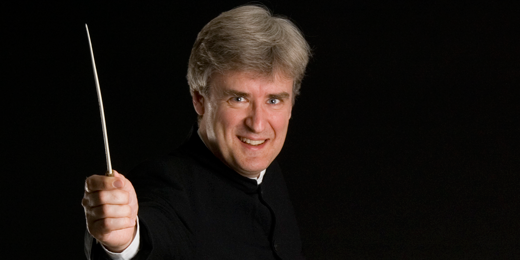 Every cloud has a silver lining, and concert-goers disappointed that Kurt Masur had pulled out of this evening’s concert due to ill health will have found a large measure of consolation in the fact that his replacement was the wonderful Thomas Dausgaard. Even so, from an interpretive point of view, this entailed a shift to the far end of the spectrum. Where Masur embodies the old-school values of robust and weighty orchestral warhorses, Dausgaard is an advocate of the more modern slick, no-nonsense approach. But they both excel in the same repertoire, so it was only the orchestra that had to make a major adjustment. The audience was in for an equally memorable evening, albeit one that finished a full quarter of an hour earlier than advertised.
Dausgaard only really came into his own in the second half, and in the first he diligently followed pianist David Fray in Beethoven’s Third Piano Concerto. Given the minimal communication that Fray offered, and the erratic tempo changes he often employed, this did mean that the conductor had to stay on his toes. Fortunately, Dausgaard’s professionalism shined through, and against the odds, the orchestra followed every idiosyncrasy that Fray threw at the piece.
An array of contradictions surround David Fray and his piano playing. From his publicity photos, you’d imagine him to be a tall, well-built man, when in fact he is a short and slight twenty-something. His posture at the piano is very Glenn Gould: he sits at a small stool hunched over the keys in a serious manner. Yet his playing is surprising louche, with slow trills, throwaway phrase endings and some erratic, even arbitrary sounding, rubato. His attack is quite definite, with each note picked out with precision and focus, yet his phrasing is almost always based on a smooth, even legato. It’s an approach that suits Beethoven’s Third, for the most part, imparting heroic qualities to the first movement, valuable structure to the second, and a sense of surprise to each of the contrasting episodes in the finale. He lacks subtlety though, rarely varying his articulation and only adjusting dynamics through emphatic crescendos or sudden shifts. There was some delicacy in the slow movement, but precious little poetry. The finale was the best part of this performance, and here Fray demonstrated how he could vary attacks within a single phrase to bring out structurally significant notes. But this was a proficient performance more than it was an imaginative one, and for the most part was lacking in interpretive insights.
Which made Dausgaard’s Bruckner 3 all the more revelatory. It is fashionable these days to take Bruckner fast, to not linger on the climaxes or the caesuras, and to avoid sentimentality at all costs. Dausgaard approaches the music in a similar manner, but there are big differences and they are all for the better. Dausgaard brings a chamber music sensibility to Bruckner. So clarity of line is paramount, and he has little interest in expansive climaxes and codas. But, unlike many latter-day Brucknerians, he’s interested in the poetry and strives to bring out the beauty in every phrase. So, at the opening for example, the music grows out of nothing and the trumpet solo has a wonderful atmospheric distant quality. True, he does then go on to bulldoze a couple of the grander tuttis but the elegance that he brings to the rest of the movement more than compensates. As ever, the Philharmonia strings really excelled in their unity and tonal beauty, which allowed Dausgaard to take the second movement fast, while retaining its slightly dispassionate elegance. The scherzo was the real highlight of this performance. Dausgaard went to extraordinary lengths to shape every phrase, freeing up the meter to allow each of the dance episodes its own, often rustic and always highly characteristic, identity. The finale too was fast, and perhaps a little too fast. But again, the precise shaping of each phrase, the carefully graded crescendos and the always clear orchestral textures allowed the music’s structure and its poetry to come through with clarity and elegance. Some may view Dausgarrd’s Bruckner as controversial or antithetical to the composer’s wishes (I suspect Kurt Masur would be of this view) but the coherency of his approach cannot be questioned. Nor indeed can the intensity and the dramatic power that he draws from the symphony, even when working in what is essentially a chamber music idiom.
Posted by Gavin Dixon at 03:46 No comments:
Email ThisBlogThis!Share to TwitterShare to FacebookShare to Pinterest
Labels: Beethoven, Bruckner, David Fray, Philharmonia, Thomas Dausgaard
Newer Posts Older Posts Home
Subscribe to: Posts (Atom)