A quick round-up of the new operas being presented by major houses in the year ahead. Some fascinating projects here. I’ll do my best to get to the British ones, and look forward to reading reviews of the others. If I’ve missed anything important, please post a link in the comments. Thanks. 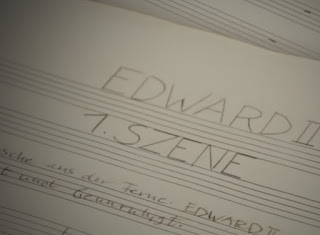 MARCH
Wigglesworth: The Winter’s Tale. English National Opera
Given the company’s recent woes, it is great to see that ENO is continuing its composer-in-residence scheme, the present incumbent an occasional conductor there too, Ryan Wigglesworth. The Winter’s Tale sounds like an excellent company piece, directed by Shakespeare specialist Rory Kinnear and starring a host of ENO regulars: Iain Paterson,
Sophie Bevan, Leigh Melrose and Susan Bickley. Let’s just hope he’s written something substantial for the chorus too. https://www.eno.org/whats-on/the-winters-tale/

Bolcom: Dinner at Eight. Minnesota Opera
Good to hear that William Bolcom, now in his late 70s, is still going strong. Dinner at Eight is a 30s-era social comedy, the libretto by Mark Cambell based on a play by George S. Kaufman and Edna Ferber. Bolcom promises a score that mixes musical theatre with opera – an ideal project for his eclectic talents. Laura Claycomb leads the cast. http://www.mnopera.org/season/2016-2017/dinner-at-eight/

Paterson: The 8th Door. Scottish Opera
This collaboration between composer Lliam Paterson and director Matthew Lenton is a prequel to Bluebeard’s Castle, a clever idea given the problems of programming Bartók’s one-acter. It will have to cope with the inevitable comparisons, but the two creators assure us it will be ‘equally groundbreaking’, so presumably no falling back on pastiche.  https://www.scottishopera.org.uk/our-operas/16-17/bluebeards-castle-the-8th-door

APRIL
Dorman: Wahnfried. Badisches Staatstheater Karlsruhe
An interesting twist in the ongoing saga of Wagner’s music in Israel. Wahnfried, by Israeli (though U.S.-based) composer Anver Dorman, tells of Houston Stewart Chamberlain and his relationship with the Wagner family, consolidating the composer’s anti-Semitic image in the early years of the 20th century. It’s the sort of material more often covered in Regie Ring cycles, so it will be interesting to find out what a dedicated opera can do with it. Seasoned Wagnerian Keith Warner directs. http://www.staatstheater.karlsruhe.de/programm/info/2379/

JUNE
Brett Dean: Hamlet. Glyndebourne
Commissioned for Glyndebourne’s Shakespeare anniversary celebrations, and delayed by only a year (not bad for contemporary opera), Brett Dean’s Hamlet promises much. The composer has already put out a few teasers, his Second String Quartet is subtitled “And Once I played Ophelia” and draws on the Ophelia character in the opera. From this, it is clear that Matthew Jocelyn’s libretto strays a good way from the original, with plenty of self-referential postmodern additions. The first production (of many, no doubt) is directed by Neil Armfield, who also directed the premiere of Dean’s Bliss, and conducted by Vladimir Jurowski, a welcome return for the company’s inspiring former Music Director. http://www.glyndebourne.com/tickets-and-whats-on/events/2017/hamlet/

JULY
R. Panufnik: Silver Birch. Garsington
Garsington are describing their new commission as a ‘people’s opera’, and performances will involve six professional singers and a cast of 150 local people. The libretto is by Jessica Duchen and is based on the war poetry of Siegfried Sassoon, a regular visitor to Garsington Manor. https://www.garsingtonopera.org/performance/silver-birch

Bates: The (R)evolution of Steve Jobs. Santa Fe Opera
This new opera from Mason Bates and librettist Mark Campbell will apparently ‘illuminate a side of Steve Jobs that we’ve never seen before’, namely his quest for spiritual enlightenment though Buddhism. To that end, the score involves Tibetan prayer bowls and Chinese gongs, heard in concert with electronic samples from early Macs. Intriguing. https://www.santafeopera.org/operas-and-ticketing/the-revolution-of-steve-jobs

Sallinen: The Castle in the Water. Savonlinna Opera Festival
Composer Aulis Sallinen’s relationship with the Savonlinna Opera Festival goes back to The Horsemen in 1975. This new opera celebrates the centenary of Finland’s independence and sets poetry by Lassi Nummi about the Olavinlinna Castle, where the festival takes place. http://www.operafestival.fi/news/Premiere-of-Aulis-Sallinen%E2%80%99s-The-Castle-in-the-Water-at-the-2017-Savonlinna-Opera-Festival/32589/8707a3d2-7b33-47da-ad9f-765ad92a3f1f 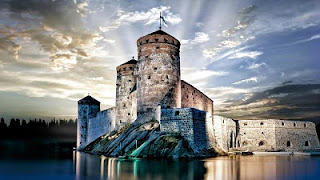 AUGUST
Bjarnason: Brødre (Brothers). Den Jyske Opera, Aarhus
One of three film-to-stage projects to mark the Aarhus European Capital of Culture 2017, this is Kaspar Holten’s first directing job since leaving the Royal Opera. The libretto, by Kerstin Perski, is based on the 2004 film directed by Susanne Bier, about a Danish soldier struggling to cope with his experiences in Afghanistan. Holten promises an ‘intense, unique experience for the audience’, in Daníel Bjarnason’s ‘innovative and funky musical universe’. http://www.jyske-opera.dk/en/whats-on/aarhus-2017/brothers-broedre/

NOVEMBER
John Adams: Girls of the Golden West. San Francisco Opera
John Adams teams up again with Peter Sellars, who is both librettist and director for this new opera about the California gold rush. It’s based on actual events, drawing on the letters of ‘Dame Shirley’, a doctor’s wife who spent 18 months in a mining camp in the Sierra Nevada in the 1850s. Mark Twain and original gold rush songs feature in the libretto too. Just don’t mention Puccini. The opera is a co-commission with Dallas Opera, Dutch National Opera and La Fenice:  http://sfopera.com/about-us/press-room/press-releases/girls-west/


FURTHER AHEAD
The Royal Opera has two highly anticipated commissions in the works for 2018, an as yet unnamed new opera from George Benjamin and Martin Crimp, and a sequel to Unsuk Chin’s popular Alice in Wonderland. Meanwhile, Kurtág’s much-delayed Endgame looks set for Salzburg in 2018. It’s ‘confidently expected’, apparently, and should be worth the wait. And on the subject of long waits, Osvaldo Golijov’s Euripides opera for the Met has now been cancelled, giving the more reliable Nico Muhly a chance to stand in with his Hitchcock-themed Marnie.