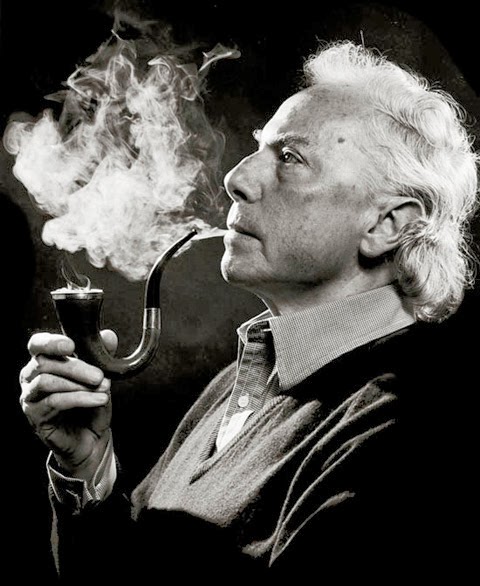 After the glut of composer anniversaries in 2013, this year’s list looks considerably shorter. Strauss will be dominating the opera houses, of course, but let’s hope that the concert halls find space in their schedules to celebrate the work of Andrzej Panufnik, whose 100th anniversary falls on 24 September.
The LSO made a great start yesterday evening, with a concert featuring two works from opposite ends of the Panufnik spectrum: the Sinfonia Sacra, a bold statement of defiance against Poland’s Communist rule, and Lullaby, a quirky little microtonal number with some surprising twists. The event, and indeed the entire centenary, is being promoted by Poland’s Adam Mickiewicz Institute (I wish somebody would promote British music the way Poland does theirs – effortless superiority only gets you so far), and plenty more events are planned. The LSO will be returning to Panufnik in October, with a performance conducted by Antonio Pappano, and there will be some chamber music concerts at Kings Place. There are also apparently “extensive UK summer festival plans yet to be announced”, but I couldn’t possibly speculate about what that might refer to.  He’s a composer well worth getting to know better, and 2014 is shaping up to be the ideal year to do so.
Find out more at:
http://www.boosey.com/cr/news/Panufnik-centenary-celebrated-in-2014/100323
http://panufnik.com/100-2/
http://www.kingsplace.co.uk/whats-on-book-tickets/curated-weeks/panufnik-100-a-family-celebration#.UvNmq7S7_So
Posted by Gavin Dixon at 02:47 No comments:
Email ThisBlogThis!Share to TwitterShare to FacebookShare to Pinterest
Labels: London Symphony Orchestra, Panufnik 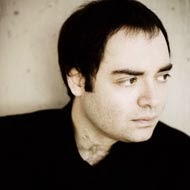 Alexander Melnikov’s recorded Shostakovich is a known quantity – accolades for his CDs of these works take up half his programme bio – but nothing prepares you for the live experience. Melnikov is able to perfectly express the paradoxical mix of introversion and intensity that characterises this music, while carefully shaping the dramatic arc of every movement. He takes the music to the dynamic extremes that Shostakovich specifies, but without ever compromising the evenness of his touch or the roundness of his tone. And he finds myriad ways of expressing the composer’s inner world, the insecurities behind the bluster, the intensity behind the lyrical lines, and the directness of expression behind the most complex of fugal intrigues.
Melnikov’s technique, at least as presented here, is profoundly Russian, but never to the point of cliché. Every note is a statement, and whatever poetry he might express through his playing, it is always based on a very defined relationship with the keyboard: the beginning and end of each note is always very clear. Much of this music is very loud, but the thundering dynamics never compromise Melnikov’s tone. As the dynamics rise, often through very long crescendos, Melnikov just keeps putting in more power, yet his body movements hardly change. Wherever this intensity comes from, it produces a clean, unlaboured fortissimo that fully justifies the composer’s many extended passages at this dynamic.
On paper, many of these Preludes and Fugues look surprisingly simple, with open diatonic harmonies and foursquare rhythms. But under Melnikov’s hands the music becomes considerably more complex. His rubato is often extreme, although a regularity is maintained through his ability to apply the same amount of give and take through the entire course of a long movement. He is also able take the dynamics right down to a whisper, and still fill the hall with sound, such is the roundness and warmth of his tone. He doesn’t run the works together into a cycle, but rather treats each as a separate unit of expression, requiring its own palette of colours and range of internal contrasts. Shostakovich will often begin a prelude with a jolt, an emphatic statement of the theme or a bracing introductory flourish. Melnikov presents these directly and without interpretive extravagance, the better to surprise the ear. Then, as the movement progresses, it gradually becomes clear that not everything is as it seems: simple and direct textures take on dark overtones, extreme rubato breaks up repeated figurations, and thematic statements bubble up from the middle of the texture to unexpectedly dominate.
Melnikov’s is an extreme reading in many ways, particularly in terms of the dynamics and rubato, but it is a confident and carefully controlled one too. He cites Richter as an inspiration, and many of the Richter’s finest traits find their way into his playing, particularly the focussed intensity and the dark poetry that the two pianists find in Shostakovich’s work. The Wigmore Hall is the ideal venue to hear Melnikov in this repertoire, the roundness and richness of his tone are well projected by both the piano itself and the hall’s warm acoustic. Drier and more formal readings of Shostakovich’s Preludes and Fugues also have a place, but Melnikov’s readings seem truer to the spirit of the music, and to the complex and inscrutable character of the composer himself.
Posted by Gavin Dixon at 02:54 No comments:
Email ThisBlogThis!Share to TwitterShare to FacebookShare to Pinterest
Labels: Alexander Melnikov, Shostakovich, Wigmore Hall