It has taken me a year and a half to make a visit the new concert hall in Saffron Walden, but now I wish I’d gone sooner. What a venue! Saffron Hall’s story is well-known: It is in the grounds of a state school and was funded through a single contribution of £10m, from an anonymous donor though a local charity, The Yellow Car Charitable Trust. 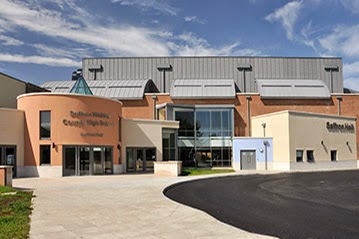 The Saffron Hall Trust had the good sense or fortune to hire Angela Dixon, then Head of Music at the Barbican, to run the venue. She has put together a truly staggering programme of events, every concert by a performer or ensemble of international standing. Last night it was the Czech Philharmonic with Jiří Bělohlávek and Chloë Hanslip, and what a spectacular show it was.

The hall was full to capacity, though that is more the rule than the exception. When Nicola Benedetti recently performed here, she ended up repeating the concert the following night, filling the 750-seat venue on both occasions. The venue’s publicity stresses “in the community” both as its location and its ethos. In fact, Saffron Walden is only eight miles from Cambridge, one of several English cities (you can guess what I’m building up to here) in desperate need of a good concert hall. Until that happens, Saffron Hall looks likely to become its de facto venue. Already, the supposedly Cambridge-based Britten Sinfonia has put down roots here. And why not? It is a fabulous venue. Cambridge’s loss is Saffron’s gain.

The big news is the acoustic. The Czech Philharmonic is always going to sound good, but the orchestra’s sound was just spectacular here. The warm, rich string tone was projected with clarity and intimacy. The woodwind soloists, too, had all the required detail, the brass their requisite power. And all this heard from the cheapest seats at the very back of the hall (very reasonable ticket pricing incidentally, yet another virtue of the Trust’s miraculous financial model). The Hall is wood-lined, and although nominally rectangular, it’s not a shoebox. It is more square than the longer hall designs that are more common for new halls, and many of the sides and corners – around the back of the stage and the back of the auditorium, are offset to give a more rounded feel. The acoustic gives the orchestral sound just the right amount of space, a resonance with an enriching but never distracting warmth. The primary virtue is how natural the hall allows the orchestra to sound. It isn’t one of those venues that draws attention to itself with a signature sound, the performers always come first.

Could it be better? Well, I could imagine a little more immediacy for the woodwind solos; they are always crystal clear but you are aware of the distance (at least to the cheap seats). A little more bass projection would be nice too, and I wonder if Bělohlávek positioned the double basses along the back of the stage to counter this. And just while I’m grumbling, the foyer space is a bit crammed, and there is a surprising lack of toilets – even the gents were queuing in the interval. 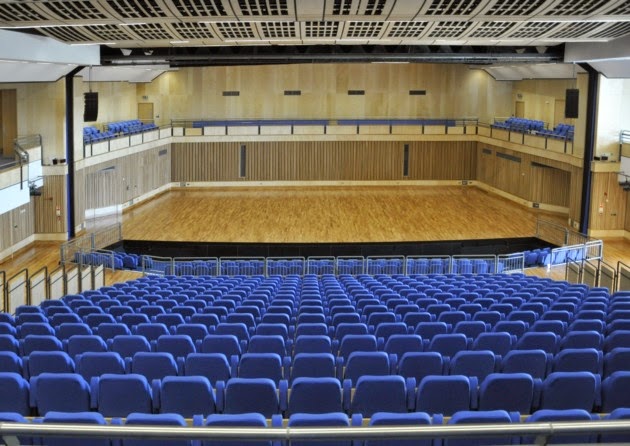 But the hall itself is a spectacular success, and an unexpected treat for anybody who ventures this way. It also puts an interesting perspective on London and its current plight. It is notable that the Czech Philharmonic missed London out of their six-city UK tour. And while it is unlikely that acoustics played a big part in that decision, Saffron Hall certainly did them more favours than Cadogan, their usual London bolthole (ironic, given that Cadogan has probably the best acoustic of any London orchestral venue).

Realistically, though, this hall would not be suitable for London. It only has 750 seats, so it is hard to see how that would be viable. In fact, its size is one of its assets, acoustically speaking – most of the great orchestral venues of the world are on this sort of scale – the real challenge for acousticians is to retain that intimacy and clarity but triple the size.

The management won’t thank me for this, but perhaps the answer is for London to appropriate this venue in the same way that Cambridge has. After all we call nearby Stansted Airport “London Stansted” and find a way of getting there when we need a cheap flight. I understand that a free bus service was laid on last night to the nearest station, so measures are in place. If nothing else, those who are arguing against a new concert hall for London should come and hear the results in Saffron Walden. This is what we are missing out on. This is how an orchestra should sound.