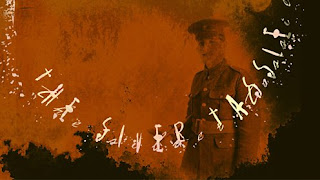 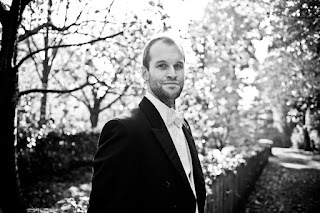 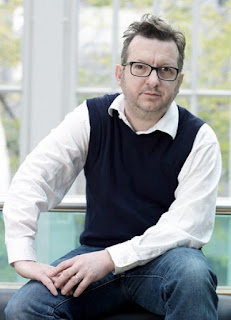 This performance was broadcast live on BBC Radio 3 and is available to listen on demand for 29 days at: https://www.bbc.co.uk/programmes/m00013zc
Posted by Gavin Dixon at 04:20 1 comment:
Email ThisBlogThis!Share to TwitterShare to FacebookShare to Pinterest
Labels: BBC SO, Mark-Anthony Turnage, Ryan Wigglesworth 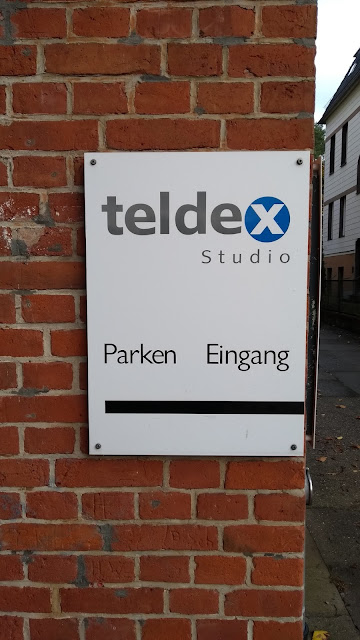 I’m just back from a weekend in Berlin, to interview Antoine Tamestit about his recording of Jörg Widmann’s Viola Concerto – look out for the feature in the February 2018 issue of The Strad. While there, I got the opportunity to sit in on recording sessions for the coupling on the CD, Tamestit’s arrangements of Widmann’s Violin and Cello Duos, some viola and cello, others for violin and viola. Much of my work involves writing and editing reviews of classical recordings, but most talk about the actual production process is speculative, so the visit to Teldex Studios proved very interesting. What follows is a photo diary of the day, showing how it’s done, with no secrets left untold – though when I made that threat to producer Martin Sauer, he laughed ‘we have no secrets!’, so I’m holding him to that.

The studio is in a quiet residential suburb in the south-west of the city. Like many recording studios, it was previously a ballroom. 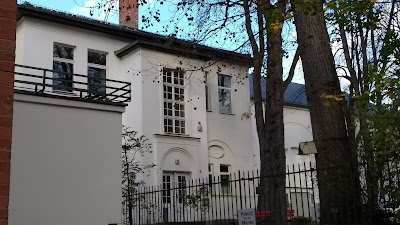 The interior walls are a patchwork of acoustic panelling and exposed battens, where the reverberation has been fine tuned for optimum resonance. The main control room is on the former stage (see the ominous window below), though for this session a smaller room was used, more convenient for chamber work. 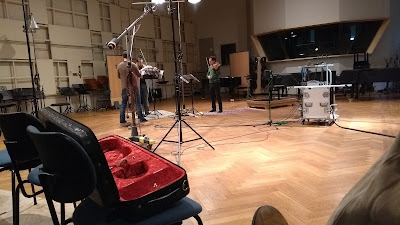 The producer for the day, Martin Sauer (below centre) is a legend in the industry (check out this list of credits). He works both for the studio itself, which is an independent company, and for Harmonia Mundi, for whom this recording was being made. Martin explained that the name, Teldex, reflected the studio’s history (I’m paraphrasing his excellent English – he spoke English to me, German to the engineer and French to the artists, all fluently). The studio had previously belonged to Teldec, but became independent in 2002 (plenty more about the company that their website, http://www.teldexstudio.de/) taking several producers with it, including Martin. 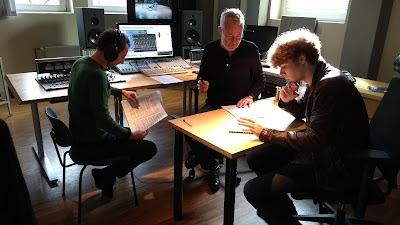 Since then, it’s done well for awards, and this display of Grammys greets visitors at the door, about half of them are Martin’s. 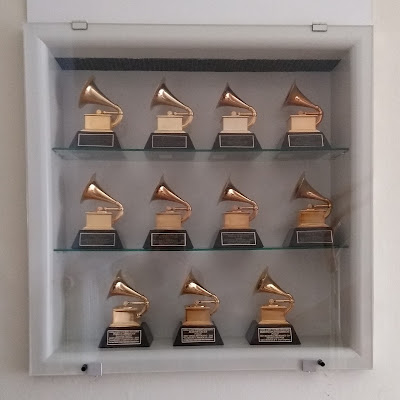 But down to business. The schedule looked punishing, nine movements, all in the can by the end of the day. I was surprised how musical Martin’s input was in the proceedings, making regular suggestions, mostly about balance but also about more subtle interpretive issues. He doesn’t do much contemporary music, he tells me, as their isn’t the commercial demand, about once every two years. So, for this session he had to rely on the performers, as they’d worked with the composer, then he added ‘ ... of course, if it was Brahms ...  ’ Even so, as the recording got under way, he was really getting into the music ... 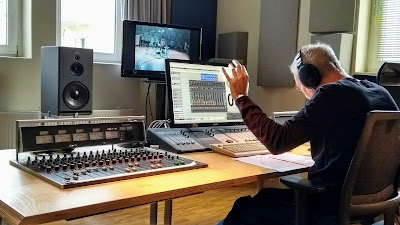 A brief lunch break offered a chance to look around the place. All sorts of strange things collect in recording studios. At a stretch of the imagination, I could think of reasons for the barometer, but the vintage motorbike? 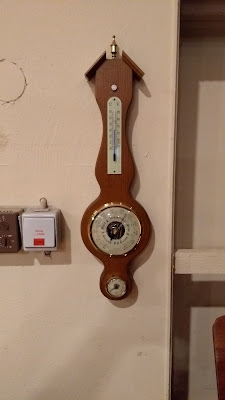 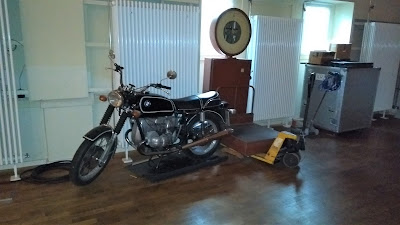 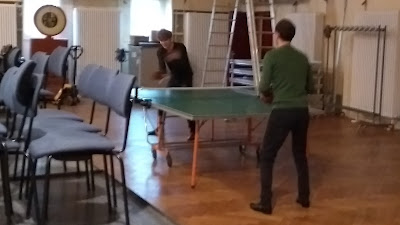 Martin showed me the studio archive – very impressive! Every session is recorded onto a 500GB hard drive, which is filed in one of these boxes along with the annotated score. The artists named on these box spines are astonishing; everybody who’s anybody has been through here at some stage. Here are a few more images. The picture at the bottom is of Martin (right) with the artists (L-R) Antoine Tamestit, Marc Bouchkov and Bruno Philippe. Thanks to them for their hospitality, and good luck with the edit, as they say. Look out for the album, on Harmonia Mundi early next year – it should be a good one, it sounded great in the studio – and, as mentioned above, my interview with Antoine in The Strad next February. 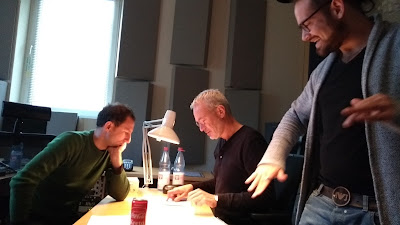 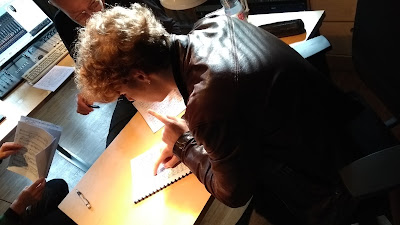 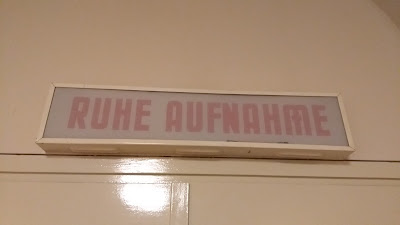 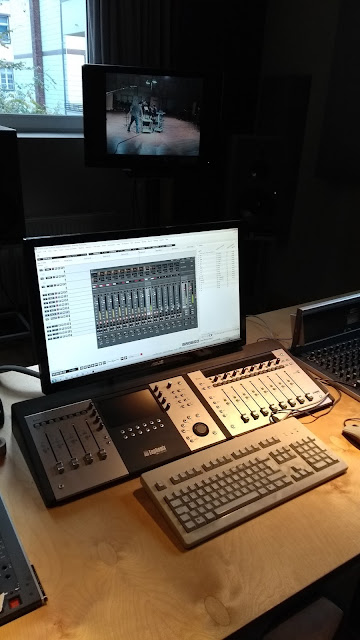 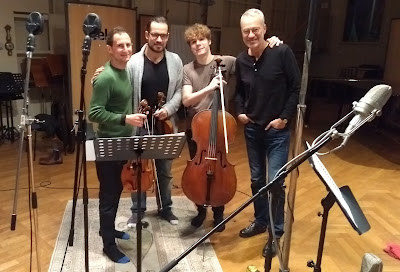 
I’ve just received another excellent review for our Schnittke Studies volume, this time by Ivan Moody in the Musicological Annual. Thanks Ivan for your perceptive reading and encouraging words, and for the contributions to my (still mercifully brief!) errata list. (The review can be found here in pdf for easier reading.) 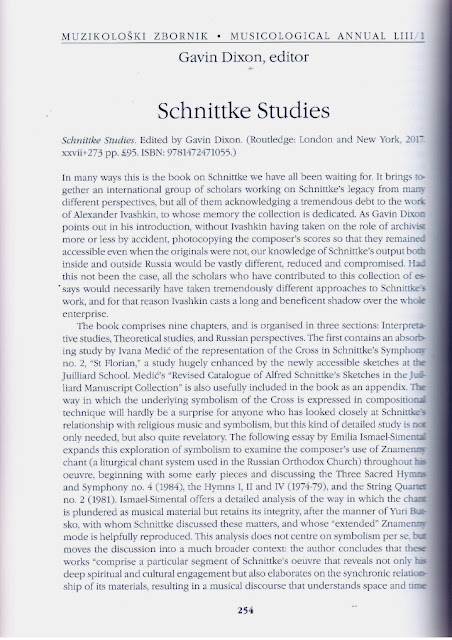 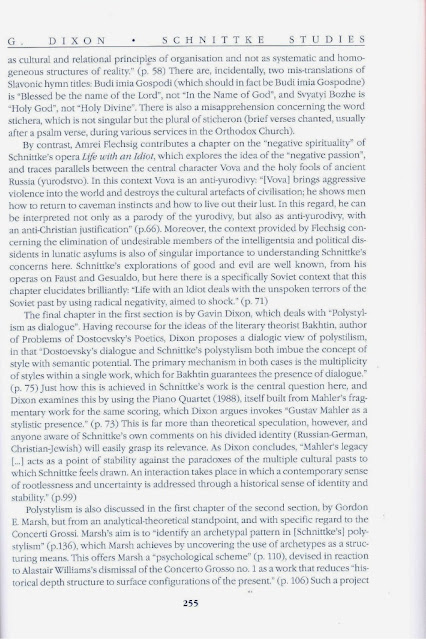 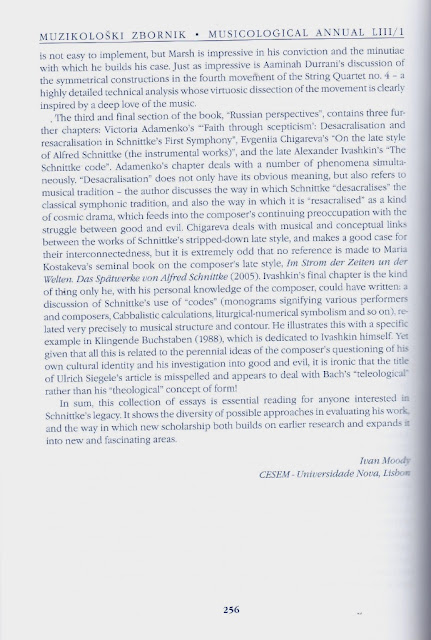