In Defence of the LPO Four 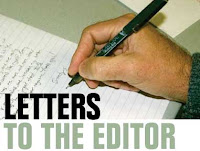 The visit by the Israel Philharmonic to the Proms has raised passions, and sadly not just through the emotional power of their performance. The event itself was disrupted by protesters (were they the same protesters as at the Wigmore for the Jerusalem Quartet? Could a blacklist keep them out?) but was also preceded by a letter to The Independent newspaper calling for the cancellation of the concert as a form of "Cultural Boycott". Now four members of the London Philharmonic Orchestra, who were signatories to the letter, have been suspended from duties for nine months as a direct result.
Once again the world of classical music comes up against the political repercussions of its activities. As ever, those in charge appear to be in complete denial about the fact that what they do has any political dimension at all. Roger Wright, director of the Proms, refused to cancel the event on the grounds that the invitation was "purely musical", while Timothy Walker, chief executive of the LPO, concluded his statement on the suspensions by saying "music and politics do not mix".
The tragedy is that the actions of both men are defensible, but a meaningful defence would involve the acknowledgement that there is a political dimension to their activities. Nobody denies that when the West East Divan Orchestra comes to the Proms, or even the Simón Bolívar Symphony Orchestra, a strong and well-received political statement is being made.
But to get to the specifics of this case, the call for a boycott of the Israel Philharmonic is part of a wider Palestinian Campaign for the Academic and Cultural Boycott of Israel. Considering the anti-Zionist feeling in many parts of the world, the aims of this project seem dangerously vague. When specific arguments are expressed, they tend to concentrate on the links between cultural institutions and the Israeli military, and those links tend to be either tenuous or subtly concealed, depending on your point of view. Otherwise, the whole campaign seems aimed at the destruction of Israel. One undoubted political connotation to a tour by a national orchestra is that it supports that nation's right to existence and international recognition. And only Israel's most implacable enemies are going to complain about that.
Even so, the call for a boycott is well within the bounds of acceptable political debate in this country, so the fact that it has supporters in the classical music community should not come as too much of a shock. The LPO's complaint is that the four players, cellist Sue Sutherley and violinists Tom Eisner, Nancy Elan and Sarah Streatfeild, each stated their membership of the orchestra next to their signature on the letter. This, it was felt, gave the impression that their views were those of the orchestra. It is fair to say that the orchestra does have a case here, but not a watertight one. It is a commonly accepted convention that when a signatory to a published letter states an affiliation, they are speaking for their institution. But it is by no means universally held to be the case, and I suspect that legal responsibilities of libel would not transfer to the institution in question if that were the problem.
The issue of broader representation goes both ways. The implicit suggestion by the four players that they represent the views of their orchestra is no stronger than the implication by the BBC that they endorse Israel's policies through the invitation to the Proms of the country’s leading orchestra. The efforts by the LPO management to distance themselves from the views of these players has clearly been an over-reaction. They are obviously trying to appease somebody. It would be indiscreet to speculate as to who and why.
Posted by Gavin Dixon at 03:42 6 comments:
Email ThisBlogThis!Share to TwitterShare to FacebookShare to Pinterest
Labels: Isreal Philharmonic Orchestra, London Philharmonic Orchestra

(Photo: Rex Rystedt)
Six months in a Buddhist monastery is the kind of preparation you really need for an all-Cage concert. You must move beyond your desires, the desire for order, for structure, for logic...As you listen, the music infuses these Zen values in your mind, but if you've just come from work it really is in at the deep end.
That's where 4'33" comes in. It is a much-abused work, and I can't say I was looking forward to experiencing it again, that protracted, embarrassed silence were everybody tries to act grown up and not laugh. But this performance wasn't like that at all. The audience, who filled the QEH to capacity (how did Southbank Centre manage that?) were obviously in exactly the right mood for a John Cage experience. The piano version was performed, by Philip Thomas, who articulated the movement divisions but didn't go as far as to close the lid at the start of each. Instead he held his hands to the keyboard and concentrated intensely on them for the duration of each movement. It was the ideal start to the show, and the buzz in the audience afterwards was electric.
John Cage would probably hate me for writing this, but his music can be divided into two broad groups. There are the conceptual works, where some new idea really makes the piece stand out. And then there are those pieces, which are usually written for an indeterminate but large number of performers, and go on for about 20 minutes. You know from the start that there is going to be no development or progression here, and that the way it starts is pretty much the way it is going to continue until it stops. Cage wrote a lot of these, so it is fair that they make regular appearances in all-Cage programmes. This evening we got two, Concert for Piano and Orchestra (over the Fontana Mix) in the first half, and Music for Eight in the second. Perhaps I just wasn't in the zone, but neither did anything much for me.
But the rest of the programme made up for it. Radio Music for Eight Performers is a classic music theatre/happening conception. The performers each have a radio, which they move around through various MW frequencies, determined of course by the I Ching. The concrete structure of the QEH meant that they didn't actually find many stations, despite our being in the centre of London, but the interaction of interference noises made for excellent 'sound music'. A group of visual artists were invited to perform the work, and the fact that few of them seemed comfortable performing on the stage or taking applause added a valuable layer of surrealism to the proceedings.
Child of a Tree involves a table covered in plants, some living, some dead, and a percussionist charged with making sounds from them. I'd heard it before, played by Richard Benjafield, who did his best to create a musical performance, moving swiftly from one plant to the next and linking together, at least with his body language, each of the activities. This evening's performance, by Simon Limbrick was much more laid back and, it seemed to me, more in keeping with the exploratory nature of the piece. Each sound was heard in isolation, inviting the audience to savour it without worrying too much about the context or relevance.
String Quartet in Four Parts is a wonderful work. It is written in the kind of non-repetitive minimalism that would later find its fullest expression in the music of Morton Feldman. And as in Feldman, everything here is quiet, the notes are often presented in isolation, and everything has a sense of being very, very important. The performance had plenty of atmosphere, but there were problems with the details. This was the only work of the evening where synchronisation mattered, and it wasn't always quite right. Also, the restricted number of pitches means that intonation must be absolutely spot on, and when it's not it really stands out. In fairness, the problems were minimal, but obvious nonetheless.
In all though, the concert was a success, and the huge audience were certainly stimulated by the various musical and philosophical ideas they were presented. The event was the first in Southbank Centre's International Chamber Music Season 11/12, and if nothing else that demonstrates an admirable open-mindedness about what constitutes chamber music. It also ties in with an exhibition of Cage's paintings at the Hayward Gallery. That finishes at the end of the week (18th), so do go and see it if you get the 'chance'.
Posted by Gavin Dixon at 15:32 No comments:
Email ThisBlogThis!Share to TwitterShare to FacebookShare to Pinterest
Labels: John Cage
Newer Posts Older Posts Home
Subscribe to: Posts (Atom)