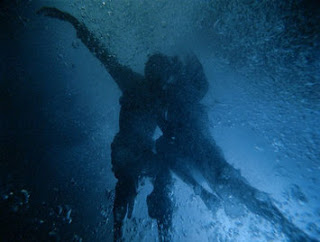 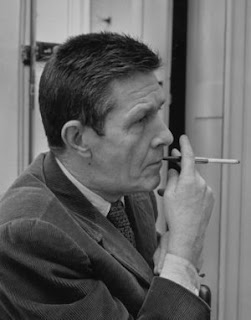 I've been following with interest the facebook campaign "JOHN CAGE'S 4'33'' FOR CHRISTMAS NUMBER ONE 2010". On some levels, it is a great idea, although I struggle to understand why so many music enthusiasts care about the domination of the pop charts by a TV talent show.
4'33" would seem to be the ideal vehicle for the protest, after last year's successful campaign to topple the latest X Factor winner and replace them with 'Killing in the Name', they no longer need to scream 'Fuck you I won't do what you tell me' at Simon Cowell. This more demure protest sends the same message, but with a menacing veneer of passive aggression.
Successful or not, the campaign is certainty going to bring Cage's masterpiece under the spotlight, but how is the work itself going to fare? If you go to the campaign facebook page and look at the responses from group members to the various announcements, you'll find a lot of this sort of thing:
I downloaded it accidentally once. Well, it was 4'32" of silence, but what's one second?
I can't hear anything.. is this some kind of joke?
makes an excellent ring-tone too...
But 4'33" is not silent. Cage's score stipulates that the performers refrain from making any deliberate noises, but those aren't the sort of noises he is interested in. Ambient sound is part of the work, as are the noises our circulation and nervous systems make, and even the sounds that we imagine when listen intently in a concert hall setting.
The sheer quantity of cultural context of the work is astonishing, and has recently become the subject of an entire book by Kyle Gann, appropriately entitled 'No Such Thing as Silence'. The 'blank' canvases of Robert Rauschenberg are an important precedent, while the Zen Buddhism that Cage was studying at the time even suggests a deep spiritual dimension to the work. And the significance of 4'33" on later music demonstrates its important cultural status. According to Paul Hegarty, the whole discipline of noise music, which admittedly isn't to everybody's taste, but which has pretty much defined the cutting edge of avant-garde electronica for decades, actually began with 4'33".
Sure, John Cage was a bit of a joker, but he was making a serious point. Deadpan humour is an important part of the work, and most performances treat it as a send-up of the conventions of the recital hall. But there is much more to it than that. Fortunately, at least some of the facebookers get it, as the following interchange on the message boards demonstrates:
Anyone ever read the emperor's new clothes?
Have you ever read John Cage's book "Silence"?
One last thought: when you type "JOHN CAGE'S 4'33'' FOR CHRISTMAS NUMBER ONE 2010" into Google, it responds: "Did you mean JOHNNY CAGE'S 4'33'' FOR CHRISTMAS NUMBER ONE 2010" What's that all about?
Posted by Gavin Dixon at 05:13 No comments:
Email ThisBlogThis!Share to TwitterShare to FacebookShare to Pinterest
Labels: Facebook, John Cage

Nice to see a review of the Krauss Ring cycle in the Express. Shame it is only 70 words long (that's 5 words per disc) and seems to be of a completely different recording.
http://www.dailyexpress.co.uk/posts/view/199998/Wagner-Der-Ring-des-Nibelungen-Chor-und-Orchester-der-Bayreuther-Festspiele-Decca-/
Posted by Gavin Dixon at 02:36 No comments:
Email ThisBlogThis!Share to TwitterShare to FacebookShare to Pinterest 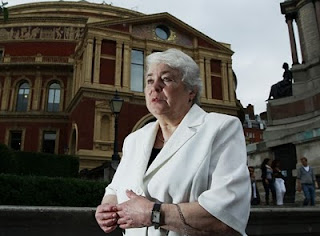 Khodorkovsky's mother campaigns for his release ahead of the Proms performance of  Arvo Pärt's 4th Symphony
What is Arvo Pärt playing at with his recent dedications? Soon after the death of Russian journalist Anna Politkovskaya in October 2006, the composer made an announcement that all of the following season's performances of his work were to be dedicated to her. Very noble, you might think, but then in January 2009 a more political motivation emerged when he dedicated his 4th Symphony to Mikhail Khodorkovsky, the former Russian oligarch, who fell foul of the Putin administration and has been in prison in Siberia since 2003. He's really pressing the point, even inviting Khodorkovsky's mother to the British première of the work, to campaign for his release before the Russian press on the steps of the Albert Hall.
So what is in it for Arvo Pärt? He has certainly had his share of Russian oppression, his previous symphony, the 3rd of 1971 the subject of particularly focussed Soviet censure. But his emigration/defection to the West was in 1980, long before anybody involved in the current Russian administration was monitoring cultural activities in Estonia.
Or is there something from Putin's KGB past that I don't know about, something that Arvo Pärt is putting to rights in his own way? Whatever the motivations for Pärt's recent dedications, one thing is for sure, he's off Gergiev's Christmas card list.
Read a review of the new ECM recording of Pärt's 4th Symphony here
Posted by Gavin Dixon at 10:43 No comments:
Email ThisBlogThis!Share to TwitterShare to FacebookShare to Pinterest
Labels: Arvo Pärt
Newer Posts Older Posts Home
Subscribe to: Posts (Atom)