Wagner Recordings: Are they all about the singing? 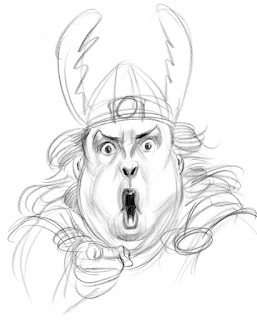 There’s no such thing as a perfect Wagner recording. Either the conductor doesn’t know what he/she is doing, or the orchestra sound like they are sight reading, or (most commonly) there are singers in the cast who really shouldn’t be there. To find an exception to this rule, you have to go back to at least the early 1960s, at which point inferior audio becomes an issue. Listeners and critics have got to accept compromises somewhere, but the Gesamtkunstwerk doesn’t allow us to easily categorise even purely musical criteria into hierarchies of importance.

Earlier this week, I was reviewing the new Götterdämmerung from Frankfurt, conducted by Sebastian Weigle. As chance would have it, the following day I edited for a journal a review from another critic of the same recording. He and I were in surprising agreement about the specifics: that the conducting and the sound engineering are excellent, that recording from staged performances aides the music’s drama, and, most significantly, that the lead singers, and Lance Ryan as Siegfried in particular, don’t give the best performances you’ll find on record.

So how, then, could our conclusions have differed so wildly? My review concludes with an enthusiastic recommendation, while his tells readers to steer well clear. Regarding Ryan’s singing, he even goes as far as to say “Where was the person with judgment and musical sensibilities, and the authority, to say “no – we cannot release this!”?”

To my ears, it would have been a great pity if that had happened, as I consider Weigle to be one of the greatest Wagner interpreters working today, and the insights he brings to this Götterdämmerung are all too rare among recent recordings. But for my fellow reviewer, and apparently for many, even most, other listeners, the flaws in the singing completely over-ride these qualities.

I’ve often heard it said that there are two kinds of opera fans, those who are in it for the theatre, and those who are in it for the music. I’m certainly in the second category here, and I might even use flaws in Wagner’s concept of the music drama to justify my position. Wagner’s mature operas have a distinctly symphonic quality, and while this is intended to serve the higher ideas expressed through the multi-disciplinary whole, the sheer success of his greatest music as pure music deserves to be appreciated too. That dimension is emphasised by an audio recording, which focuses the attention squarely on the pit, with the vocal soloists dominating, but never leading, the orchestral performance.

From that point of view, Weigle’s Götterdämmerung is a triumph. Not only does he present a musically convincing reading, but he also communicates it well to both the orchestra and the singers. He gives the singers plenty of space, or perhaps he just gives them plenty of rope to hang themselves, but there is never any sense that he is neglecting his responsibilities to the vocalists.

My colleague’s review advises listeners to avoid this recording and to seek out instead those by Solti, Böhm, Levine and Barenboim. I’d certainly agree that all four of those conductors have better singers to work with, but I’d also suggest that all four Ring cycles are elevated above their station by critics who prioritise the singing above all else. In comparison to Wiegle, those four conductors seem like control freaks, especially Solti, whose cycle remains the top choice for many, even those who don’t like the way he conducts it.

There are no easy solutions here, but Wagner does offer one possible way out of the impasse, via Das Rheingold. That’s the one opera in the cycle that doesn’t rely on a handful of superhuman singers in the lead roles. It’s much more of an ensemble piece, allowing a skilled conductor with an enthusiastic and well-integrated company to shine, even if they can’t afford the big names. And that’s exactly what we find with Wiegle’s Rheingold, which really is a triumph whichever way you look at it. So perhaps in future I’ll have to tone down my praise for Götterdämmerung recordings that have duff Siegfrieds, on the grounds that that really is a game changer for many listeners. When in that situation the answer is clearly to turn back to the first opera in the cycle. That way we’re much more likely to agree about the qualities, or otherwise, of conductor, orchestra and chorus, who between them rarely get the column inches they deserve in Wagner reviews.
Posted by Gavin Dixon at 06:21 No comments:
Email ThisBlogThis!Share to TwitterShare to FacebookShare to Pinterest
Newer Posts Older Posts Home
Subscribe to: Posts (Atom)