A young Frenchman from an ethnic minority shooting an official in revenge for attacks on his people: given the events in Toulouse this week, Tippett's oratorio would seem as timely as its title suggests. Actually, it feels quite dated, and the opaque libretto (by the composer himself) only obscures the work's message. But then, its continuing popularity results from the power of its music, which has rarely sounded as focussed and dramatic as it did this evening.
Andrew Davis achieves a fine balance with this score, allowing the quieter passages to meander just enough to give contrast to the louder movements, which sound all the more impassioned by contrast. The BBC Symphony Chorus, fielding just about as many singers as they could squeeze onto the back of the Barbican stage, regularly upped the volume to sound like a significantly larger choir. For the most part, their ensemble and tuning were tight, and the impact of the choral singing was all the greater for the extreme dynamic contrasts between movements.
The four vocal soloists all had their individual merits, but couldn't have sounded more different to each other. That isn't really a problem – they only sing together once – but it did lead to inevitable comparisons between them. Bass Matthew Rose shone out, with his clear diction and rich powerful tone. Tenor John Mark Ainsley stood in for an indisposed Toby Spence, but he had been booked long enough to get his name in the programme, so that didn't explain his regular lapses in pitch and support. Karen Cargill gave a more solid performance of the alto part, although there isn't much of it and she did seem underemployed. Nicole Cabell's coloratura tone stood out a mile from this line-up, but added to the dramatic intensity, especially of the numbers she sang with the chorus.
Given the driving and continuously intense performances that have become standard from London orchestras in recent years, the stoical reserve behind much of this performance seemed like something of the throwback. It was certainly welcome though, and Tippett's score benefited from the controlled and only occasionally impassioned reading. Hugh Wood's Second Violin Concerto, here receiving its London première, is a similar case. There's nothing flashy or virtuosic about this score. It is well written, with effective although unsophisticated orchestration. The solo part emphasises linear and melodic integrity over showmanship, but seems to borrow heavily from the Berg Concerto. The composer is known for the accessibility of his music, so it was a surprise to hear so much serial technique, but for the most part this score inhabits an impressionist or perhaps gently expressionist aesthetic. It is no great revelation in terms of the recent history of the violin concerto (and it pales in comparison with Brett Dean's Concerto played by the same orchestra last Saturday) but its attractive enough.
Anthony Marwood put in an excellent performance. There isn't really much here to challenge him technically, and he could easily have given a condescending reading of this relatively straightforward music. But he is clearly convinced of its merits and communicated them effectively. His playing was precise and controlled, but never cold, and the score's mix of Romantic and Modern was reflected in every aspect of his playing. No masterpiece then, but an attractive addition to the repertoire, and an ideal coupling for Tippett's more substantial oratorio. 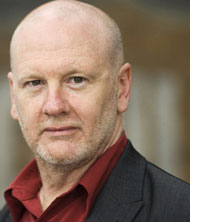 Giving Out at the Opera: A Masterclass from the Bavarians 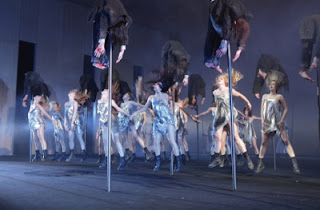 The Royal Opera hit the news last week when its new production of Rusalka was jeered and booed from the stalls. Reactions after the event were divided between those (mostly in the right wing press – here's the Telegraph and the Mail) who thought the Regietheater production deserved all it got, and more moderate voices on opera blogs complaining about the audience's behavior.
Paul Kilbey, writing at Culture Wars, has pointed out that the booing, at least during the curtain calls, wasn't half as rowdy as we'd been led to believe. If nothing else, this goes to show that the Brits aren't much good at kicking up a fuss.
Compare and contrast with the opening night of Die Walküre at Bavarian State Opera in Munich yesterday. Act III in this new production from director Andreas Kriegenburg opens with a few minutes of dancing before the music starts. And the audience didn't like it, not one bit. Have a listen to their reaction (the stamping is coming from the stage I think, but I could be wrong):

Posted by Gavin Dixon at 05:37 No comments:
Email ThisBlogThis!Share to TwitterShare to FacebookShare to Pinterest

If you're in any doubt about the amount of formality and ritual in classical music performances, you should take a look at Igudesman and Joo. About half of their act consists of lampooning what musicians do on stage when they are not actually playing. They make a big deal out of taking the stage, tuning up, engaging with the audience – even the piano lid has comedy potential.
If you haven't guessed yet, this is primarily a slapstick routine. Classical music gives a context for what they do, and the composers of the Classical tradition provide a succession of fall guys, but essentially this is physical humour. That allows the two of them to deflate the pretensions of the classical music world, usually quite blatantly too. The central ingredient to their act is the fact that they can really play their instruments, and each other's as well as they proved in one number. They can also improvise, giving them the edge over most other classical musicians. And they can talk and sing as they play, which given the complexity of some of their acts clearly sets them apart from the musicians who presumably make up most of their audience.
Igudesman and Joo are big on YouTube, and I had seen about half of the sketches before online. But that really doesn't matter – the material isn't the point of the act, it is the performance that makes it funny. And they both have a real skill with audiences, the sort of affinity that elevates the live act well above the internet clip. Playing live may contribute to the development of that kind of skill, but really it is something that only comes from the comedy world, and however good these performers are as musicians, it is their stand-up skills that make the routine work.
Most of the numbers follow a standard format. A classical work is announced, usually Mozart (it's a running gag), but no sooner has it started than some other piece starts to intrude, or some petty dispute between the players erupts, or the piano rebels...you get the idea. Considering the act is aimed at a musically literate audience (I assume), the low-brow nature of the comedy is both surprising and refreshing. When they do mash-ups of classical works and pop songs, the comedy comes from taking the classical composer (and yes, its usually Mozart) down a peg or two.
Fans of the act will be pleased to hear that most of the favourite numbers were included. We got I Will Survive played on the violin with a milk frother instead of a bow. And also Fur Elise karate chopped on the piano. 'Rachmaninov had big hands' (if you've seen it you'll know what I'm referring to) was the centre piece of the second half. There was a great routine with a credit-card-operated piano, and a slightly less amusing one with an extra-terrestrial violin player.
But variety is what makes an evening like this tick along, and on average the quality of the music and the comedy was very high indeed. In the first half, Joo made a remark that this was the pair's London debut. A quip, I thought, but it turned out to be true. How can this be? The pair met in London, when both were young pupils and the Menuhin School. Joo was even born in London. I'm not sure which country it was that fostered their talents (I'm guessing America), but it is a shame that they had to make a name for themselves abroad before the London stage beckoned.
They easily filled the Cadogan Hall, and with a crowd that was as enthusiastic as any I have seen. There was a great moment at the end when the audience gave the pair a standing ovation, to which their response was to sit down on the stage. But it goes to show that there is a huge demand for their brand of humour in the capital. Here's hoping this will be the first of many visits.
http://www.igudesmanandjoo.com/
Posted by Gavin Dixon at 15:35 No comments:
Email ThisBlogThis!Share to TwitterShare to FacebookShare to Pinterest
Labels: Igudesman and Joo
Newer Posts Older Posts Home
Subscribe to: Posts (Atom)