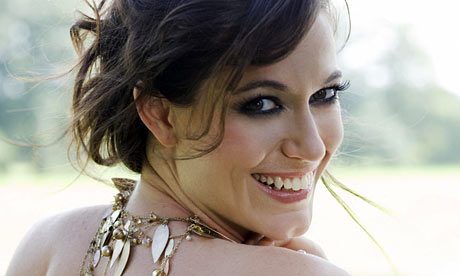 What to do with the Schubert Octet? It’s too long to start a concert, but it doesn’t really have the drama to conclude one. The SBC came up with an ingenious solution this evening, coupling the Octet with a mini-recital of Lieder. The result was a programme that was both balanced and varied, and one that, despite Schubert’s best efforts, didn’t go on all night.
Spira Mirabilis is a young chamber music collective that is rapidly gaining an enviable reputation. It is based in Italy and claims to take players from around the world, although almost all the names on this evening’s programme looked Italian to me. The group’s approach to Schubert is youthful in all the best senses: energetic, direct and always revelling in the continuous melodic lines that keep his music afloat. The music was elegantly phrased, shaped with subtle dynamic swells and dips, and the unique character of each movement was clearly delineated from the very first bar.
Much of the playing was very quiet, suggesting that the players are used to an acoustic environment that is more giving than the drab sound of the QEH. As a result, some of the detail in these quieter passages was lost. The acoustic may also have contributed to some balance problems, and particularly to the top-heavy sound throughout the Octet. This projected the first violin and clarinet into positions of even greater prominence than Schubert’s score suggests, regularly inviting direct comparisons between the two players. That contest was definitely won by the clarinettist, Miriam Caldarini, a player with an attractive, warm tone, narrower than some, but still an excellent vehicle for Schubert’s melodies and counterpoints.
What a joy it is to hear Kate Royal sing Schubert. Her performance this evening was emotionally charged but never extreme. She is always intensely musical, but the words always come first, and she is prepared to bring her tone down to almost a speaking voice when the texts require it. The short recital that made up this evening’s second half included a bit of everything. Beginning with An Silvia is a traditional gambit, but it does bring premonitions of a greatest hits programme to follow. Fortunately, the selections soon moved into less familiar territory.
I remember Royal having a rounder voice in years gone by, but her tone was much narrower this evening, occasionally slightly nasal, but usually powered by a warm vibrato from the very back of the throat. One of her most impressive devices is a pianissimo float up into the highest register, then back down again as if nothing has happened. She is also good at ending lines decisively and with full tonal support, although this occasionally contrasts a lack of stability at the start of phrases.
One last word should go to accompanist Malcolm Martinaeu. His name precedes him, and he needs no further praise from me. Even so, it is fascinating to watch him work. The way that he can draw all the colours from the piano that we might expect from a concerto soloist, yet without ever raising significantly about mezzo forte. And when Schubert gives him a melody, usually as an introduction or coda, he plays it musically, but never so musically as to upstage the singer. The last song on the programme Leid der Delphine is really tricky for the pianist. The singer is invited to add all sorts of rubato, and the accompanist has to follow while also dealing with a range of complex figurations of his own. It almost fell apart once or twice, but Martineau was never going to let that happen. When Royal moved out of synch with the right hand running figurations, he simply delayed the left hand responses to meet her speed, yet without ever losing the pulse. He is a performer of intense musicality, and all the more impressive for never drawing attention to himself or his work. What a pro!
Posted by Gavin Dixon at 00:33 No comments:
Email ThisBlogThis!Share to TwitterShare to FacebookShare to Pinterest
Newer Posts Older Posts Home
Subscribe to: Posts (Atom)