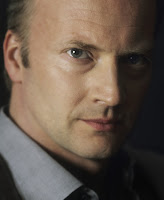 A great performance by the London Symphony this evening, the orchestra sounding distinctive, unified, and bringing vitality and insight to every phrase. Gianandrea Noseda interacted well with the players, and the orchestra clearly gave him exactly what he was looking for. He’s a curious conductor to watch, very energetic, but with all his energy focussed into small, jerky movements. It is a very clear style, though not exactly elegant, and one that always conveys the music’s drama, although sometimes bypasses its lyricism.
The concert opened with Britten’s Four Sea Interludes from Peter Grimes, and for the first few movements it seemed that Noseda was struggling to find the music’s wavelength. His conducting here was stiff and often seemed forced. Transitions were angular and counterintuitive, and accompanying textures often stood out more than they should. ‘Moonlight’ and the storm worked better, the former because the chocolaty sound of the strings brought out the music’s atmosphere and pathos, and the storm because, whatever his failings, Noseda is able to really bring out the drama in this sort of music.
However good the orchestral playing may have been this evening, the star of the show was undoubtedly Nikolai Lugansky. Prokofiev’s Third Concerto is the ideal vehicle for his pianism, combining as he does flawless technique, natural poetry and an ability to keep his music making unpredictable, however well-known the work. Coming onto the stage, he half resembled Prokofiev himself. His demeanour is modest but confident, his relationship with the keyboard is simultaneously intellectual and gymnastic, and, just as the score requires, his mood can change in an instant, suddenly transforming the speed, dynamic and colour in line with Prokofiev’s twists and turns. Another excellent performance from the orchestra here, and especially from the strings. Years of playing under Gergiev have clearly given them a special affinity for the early 20th century Russian repertoire, something that was even more evident in the Shostakovich that closed the concert.
But first more Britten. The last time I heard Sinfonia da Requiem was at the Proms earlier this year in a lacklustre reading from the BBC SO under Thomas Adès. Both orchestra and conductor quickly went on to redeem themselves with a stunning performance of the Lutosławski Cello Concerto (with Paul Watkins), but Britten’s problematic score was a low point of that particular performance. Well, this evening Noseda and the LSO demonstrated that all this work needs in order to really shine is a little TLC. After the uninspiring Peter Grimes excerpts, Noseda now fully restored his Britten credentials in a performance that had everything. Yet again, the darker aspects of the music, especially in the first movement, were elegantly conveyed through the rich string sound. And the emphatic articulations in the winds cut through with impressive power, helped in no small measure by the percussion section. But Noseda deserves just as much praise for making this piece function, despite its occasional compositional failings. Even the contrived ending, a sort of winding down of a clockwork mechanism, made perfect musical sense here, a rare feat indeed.
The concert ended with Shostakovich Six. What’s this – an LSO Shostakovich performance without Gergiev? He was here in spirit though, in the impressively idiomatic way the orchestra handled the score. Noseda’s reading was good, although perhaps a little less nuanced and dramatic as what Gergiev would have produced. It occasionally seemed that he was running on autopilot, especially in the second and third movements, where little effort was made to bring out specific details of articulation or counterpoint. But it certainly had momentum and drive, especially the finale, a movement that shows off all the strengths of this orchestra.
A mixed showing then, from Noseda, for whom the Sinfonia da Requiem was the high point of the evening. But for the orchestra’s performance, and for Lugansky’s, only superlatives suffice. 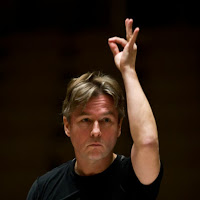 This evening’s concert opened with the announcement of some very welcome news: that Esa-Pekka Salonen has renewed his contract with the Philharmonia up to 2017. This orchestra has been more fortunate than most when it comes to Artistic Directors, and the list of conductors who have led the ensemble reads like a who’s who of 20th century musical talent. But even in this context, Salonen’s tenure has been a golden age. Among his many qualities is the ability to bring out the very best in his players, and the chemistry between Salonen and the Philharmonia seems to improve with every performance. He’s also got a knack for interesting programming, picking works, often obscure, that really show his orchestra’s strengths. All these qualities came together this evening, and the results were spectacular.
Even so, Roméo et Juliette is a tough nut to crack, and a very daring choice for the orchestra’s season opener. Plan A had been The Damnation of Faust, but presumably casting problems forced a rethink. This ‘dramatic symphony’ demands less of its vocal soloists, but considerably more from the chorus and orchestra. It also needs a conductor who can make sense out of the work’s bizarre, hybrid structure. Fortunately, it got everything it needed this evening, in a performance that was well paced and dramatic as well as lyrical and coherent, or at least as coherent is this work is ever likely to sound.
In the opening movement, a small chorus of 12 singers and the mezzo and tenor soloists introduce the action. Or rather, they introduce Berlioz’s oblique gloss on the tale. He assumes that his audience already knows every detail of Shakespeare’s tragedy, a safe bet in the English-speaking world. The performance took a few minutes to get going, and the strings were scrappy in the opening passages. Mezzo Chistianne Stotijn was also out of form, not managing her usual purity of tone. The choir and tenor Paul Groves, however, were excellent, and Groves in particular was scandalously underused, not appearing again after this brief solo. Berlioz’s orchestration is radical throughout this work, even by his standards, and for a few minutes towards the start of the movement, it seemed as if his unusual combinations were going to compromise the ensemble playing. Fortunately, though, these problems were fleeting, and when the orchestra got into its stride from the second movement onwards, the playing was excellent.
Choral movements bookend what is otherwise essentially a programme symphony, and, spare a brief offstage interjection from the chorus, the inner movements are purely orchestral. Again, Berlioz expects us to both know the story and to follow him as he represents it in seemingly abstract music. Salonen’s approach here is ideal. He’s never one to skimp on drama, but he also understands that continuity is required for this narrative-based structure to succeed. So the transitions were always carefully judged and the musical ideas seemed to flow, one into another. Every section of the orchestra gets a real workout, and none disappoints. There were some great woodwind solos, especially from the cor anglais (Jill Crowther), whose solos grace many of the movements.
Towards the end, the full forces of the Philharmonia Chorus make an entrance and play a key role in the finale. They too are given some very demanding music, and never disappoint. Salonen could have paid them a bit more attention, but he was usually having to negotiate multiple strands of divergent counterpoint in the orchestra, so it was probably just as well that the singers could just get on with it without too much guidance.
Then Gerald Finley made his entrance, and from then on the class and quality of the performance was assured. The part is low for his voice, more bass than baritone, but the elegant rich sound that makes his upper register so appealing is just as evident lower down. He doesn’t quite have the projection at the bottom, but Salonen insured that he was always audible. The choral finale is yet another curiosity of the piece. It’s more conciliatory than valedictory, there’s nothing to celebrate here so it is more about lessons learned. It is still loud though, and suitably climactic, but Salonen was able to bring grandeur to these closing gestures without straying into undue heroism or grandstanding.
A curious lighting programme was used for the concert, designed by David Holmes. It consisted of lights projected on the orchestra from above that subtly changed in hue with the emotions of the music. Sadly, the lights didn’t quite reach to the edges of the stage, nor to the conductor, who stood as a Stokowski-like silhouette throughout most of the performance. But at least it was not unduly districting, like Berlioz’s narrative innovations, an experiment that didn’t quite work but that didn’t spoil the evening.
But despite the obscurity to which the lighting consigned him, Salonen was the star of this show, making musical sense out of this strange score and drawing some excellent playing from his orchestra. This opener bodes well for the Pilharmonia’s season ahead, and for the three more that will follow under Salonen’s dynamic leadership.
Posted by Gavin Dixon at 03:42 No comments:
Email ThisBlogThis!Share to TwitterShare to FacebookShare to Pinterest
Labels: Christianne Stotijn, Esa-Pekka Salonen, Gerald Finley, Paul Groves, Philharmonia Orchestra
Newer Posts Older Posts Home
Subscribe to: Posts (Atom)