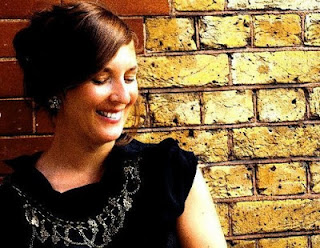 Australia House was the ideal venue for this evening’s concert, given as it was by Ruthless Jabiru, London’s all-Australian chamber orchestra. In fact, the venue itself turned out to be first of many discoveries in store. The building sports an elegant reception hall, all domed ceilings and pillar-lined arcades. The acoustic is very good, warm and immediate, but not distractingly resonant. There’s some noise pollution from a road at the back, but that’s easily solved (although at a cost). Otherwise this is a fine venue for chamber orchestra concerts, and one well worth bearing in mind given the paucity of halls with acceptable acoustics for classical music in London.
The first thing to say about Ruthless Jabiru is that they play to a good professional standard, and even in London, where orchestral standards are as high as anywhere, they are more than capable of holding their own. This should come as no surprise though, given that every member of the orchestra is a professional musician, many holding positions in major UK orchestras. Even so, it is an unusual setup, and there was some challenging repertoire on the programme, but thanks to the professionalism of all involved, the risks paid off.
Ruthless Jabiru is the brainchild of conductor Kelly Lovelady. As well as directing the musical side of things, Kelly runs the orchestra pretty much single-handed, so a large proportion of the credit for this evening’s success should go to her. At the podium, she is a proficient, no-nonsense conductor, with excellent baton technique and a clear commitment to giving every cue in the score. She was perhaps a little rigid at times, but her ability to stay in control of these complex works was always impressive.
The concert opened with a new work, Kick, by Leah Kardos. This is Ruthless Jabiru’s first commission, and it was a great opener. Kardos uses a small palette of string textures, including long vibratoless pedals, tremolos and portamento slides, and integrates them into a tightly structured and impressively focussed work. The textures are relatively straightforward, but all are effective, and the ensemble is always used to impressive and idiomatic effect. In some ways, the piece even seems too tightly structured, its timbral and gestural coherency making the focus on the pitch centre D seem unnecessary. But there is stylistic diversity here too. About half way through, the solo viola introduces a modal/pentatonic folky melody that is then passed around the sections. This is a curious addition to a work that otherwise relies on texture-based ideas, but somehow it fits.
Brett Dean’s Carlo was the most musically substantial work on the programme. The piece takes a madrigal by Gesualdo as its starting point, with the music then diverging in several directions at once, using all 15 string players as soloists and also adding in live samples and a tape track. This is an ambitious work for any ensemble, and must have taken the lion’s share of the rehearsal time. But they pulled it off and the performance was compelling. The electronics were loud, not excessively so, but more prominent than usual for an orchestra and tape piece. The four speakers were ideally placed around the audience to give the quadrophonic effect. The unrelenting difficulties of Dean’s string writing did begin to wear down the players towards the end, with a noticeable fatigue setting in and depriving some of the later sections of their full impact. But on the whole this was an excellent reading, and of a piece that we should hear far more often.
I’m not a big fan of John Adams, and to my ears his Shaker Loops seemed trivial when heard directly after the Brett Dean. But I’ll concede that there was strong coherency to the programme and, much as it pains me to say it, significant aesthetic links between the two composers’ works. The player fatigue at the end of Carlo continued into the opening of Shaker Loops, with Adams’ simple consonant harmonies laying bare some occasional intonation problems. But Adams has a great way of picking up the momentum, with a series of long accelerandos. Kelly handled these very well, keeping the ensemble together while pushing forward. As it turned out, the Adams was the most conventional, and probably the oldest, piece on the programme, and while the music isn’t really to my taste, it made a more fitting conclusion than any of the Mozart or Beethoven a less adventurous conductor may have been tempted to end with.
Ruthless Jabiru is a relatively new orchestra currently finding its niche in London’s bustling music scene. That means that every concert they give must be a clear statement of intent. This evening’s concert was certainly that, presenting a new commission alongside two other works by living composers. Musical standards are high, and the enthusiasm of all the musicians on the stage was abundantly clear to the audience. The orchestra now has a clear musical identity, and its future looks very bright indeed.
Posted by Gavin Dixon at 15:47
Email ThisBlogThis!Share to TwitterShare to FacebookShare to Pinterest